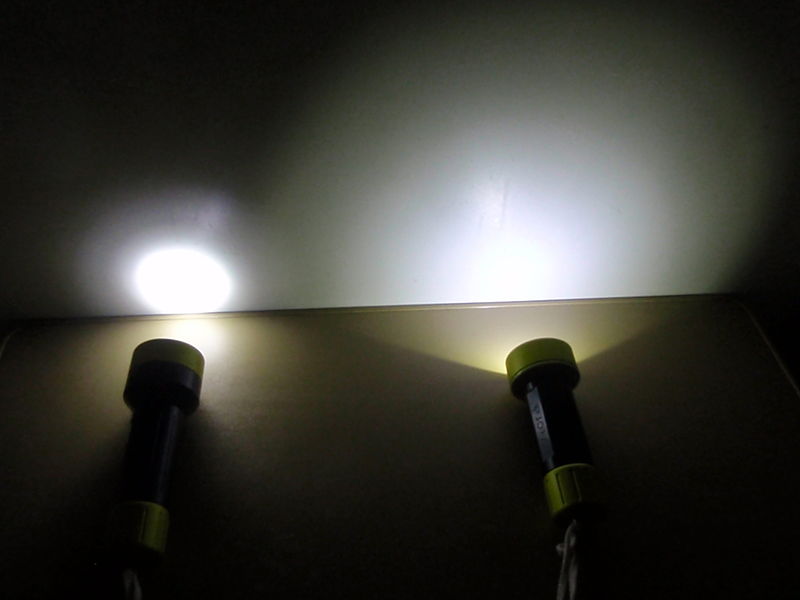 The world of lighting equipment is more diverse than you may think. We are no longer limited to using just a standard flashlight as there is a long list of lighting options available to us. Like with any part of life, the same tool doesn’t always do the job for all circumstances. Because of this, if you are in need of a light source there are plenty of options available to you .

What are flood and throw flashlights?

Flood flashlights are probably the lights that you are most familiar with. The way that they work is partially explained in their name, they work simply by lighting up the area that surrounds them. This makes them ideal for tasks where you need to light up big areas, so for basic household tasks like taking a trip to the basement.

A throw flashlight operates with a condenser lens and is used to light up precise areas. A throw flashlight won’t light up its surrounding area and will instead light up wherever you point them towards. This makes them ideal for if you need to do any repairs or highlight specific small areas and so are favored by workmen.

What difference do they have?

The main difference that there is between the two kinds of light is the distance that they both cover.

A flood flashlight has a large diffuse area, which means that flood lights will cover a wider immediate area. This means that they are more practical for creating a large light source, so if you are trying to complete a task in a dark room, you will benefit more from the use of a flood flashlight. The light that is used in a flood flashlight is non directional, which means a larger area of soft lighting will be emitted. This results in the surrounding area being lit, but not in an intense way- making them comfortable to use as a general light source.

The way in which a throw flashlights covers space is quite different. A throw flashlight will cover a more concentrated area than a flood light due to a normal of its structural factors. The center spot of a good long throw flashlight is smaller and stronger than that of a flood flashlight. This means that depending on where you aim the light, the intensity of the light will be stronger in the middle and diffuse slightly towards the outside.  This makes these lights perfect for tasks that require you to focus on a specific area, and are much better for illuminating objects at a further range.

One way in which the two kinds of flashlight really differ is through the distance that they can cover. As previously stated, floodlights are used more to cover the immediate area, whereas the appeal of throw flashlights is that its beams can reach quite far distances. In fact, the longest throw flashlight is capable of reaching distances of 603 meters. Due to the reach that these lights are capable of, they are regularly used for beacon-esque tasks by their users.

Another big difference between a flood flashlight and a throw light is the intensity of light that you can expect from each.

As previously stated, flood flashlights have less intensive light, making them appropriate for use up close. Due to the nature that they are used in, the intensity of a floodlight is usually not too powerful. However, this is not the case for a throw light.  Throw lights have a lot more engineering put into them, which usually includes a precision lens and reflector. Due to this, they are not only able to cover a larger distance, but they also appear to be much brighter.  This is because the shape of the lens, which makes the distribution of the light differ substantially from the way in which flood flashlights distribute life. This makes the light appear stronger and more intense.