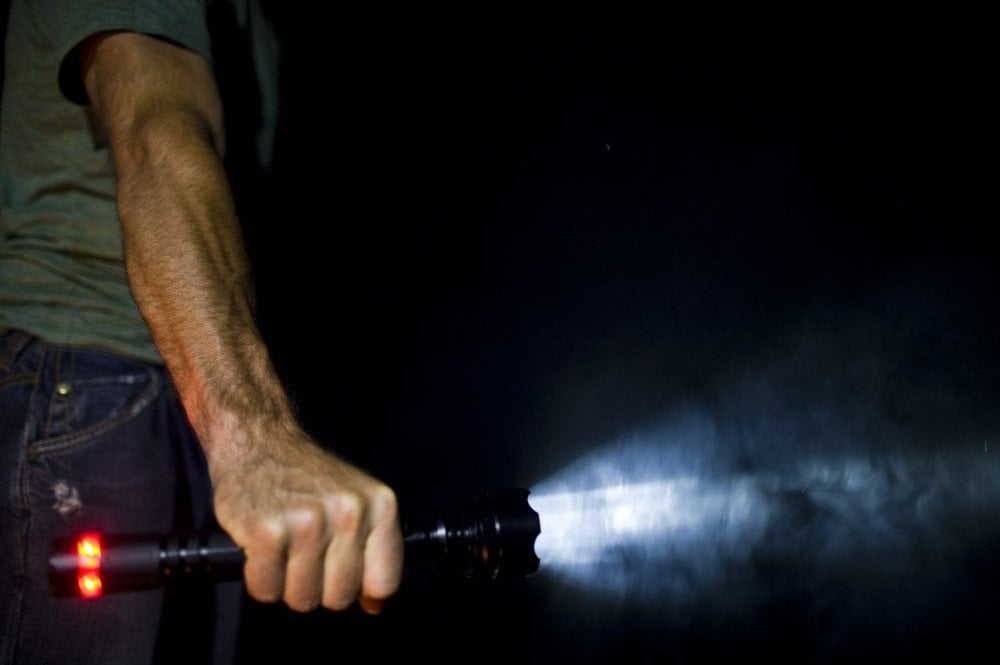 When discussing self defense, too many books, videos, and websites focus too heavily on endless training in obscure martial arts, and stress the use of weapons that you might not have handy when the time arises to defend yourself. A much more sensible approach to self defense should take real life situations into account, and concentrate on using everyday objects that are useful enough to carry on a daily basis.

That’s why a tactical flashlight might give you the best return for your money and your time when it comes to making your life easier, and perhaps even saving it if you find yourself in a tight spot with an attacker. 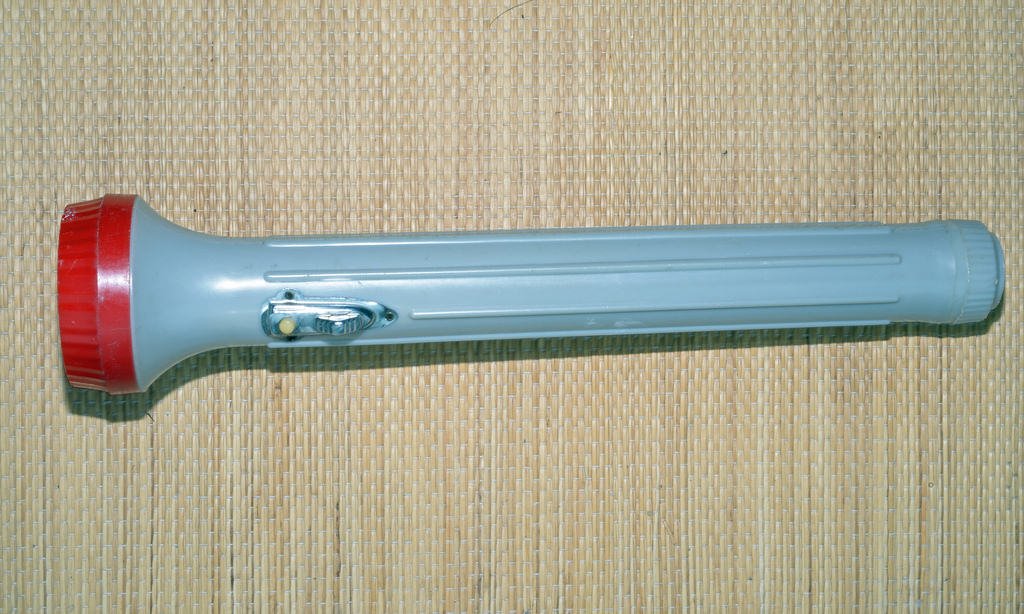 A tactical flashlight is different than the image of a flashlight you might have from your youth. Unlike the big, silvery cylinder full of C batteries that offered an unfocused beam from a little incandescent bulb, and couldn’t withstand any rough use, a tactical flashlight is robustly constructed, and relies on super-bright LED lights that use less energy to make much brighter and more focused beams.

Unfortunately, they weren’t any more practical for day-to-day use than the old models that sat in a kitchen drawer until your home suffered a power outage. They were just too big and unwieldy to carry around regularly, and even law enforcement personnel abandoned them when smaller, brighter, and longer lasting tactical flashlight designs came on the market. 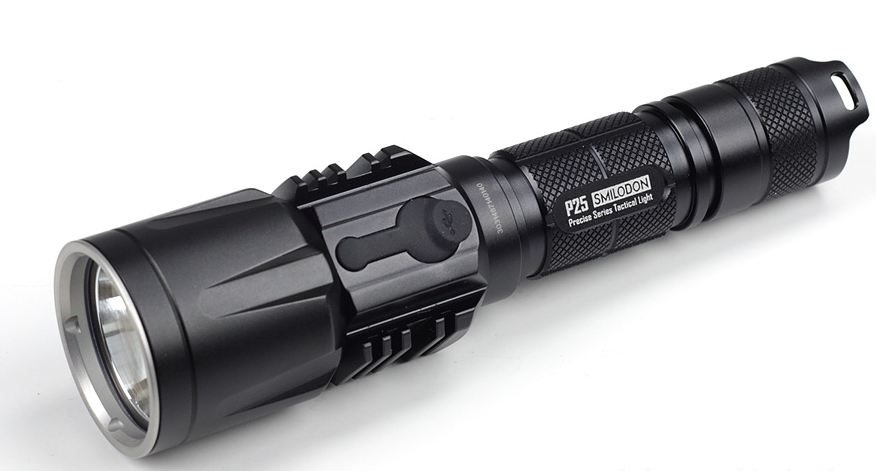 For law enforcement and the military, a tactical flashlight is an everyday carry item, along with other items like a sidearm or a radio. Of course civilians have items they carry every day, like a set of keys or a wallet, or perhaps a pocket knife or multi-tool. The versatility and usefulness of a tactical flashlight for a host of everyday chores makes it an excellent item to slip in your pocket, and its usefulness for self defense make it even more valuable.

Tactical flashlights make an excellent self-defense tool, especially if you begin to carry them on a daily basis. Tactical flashlights are nowhere near as big as clubby flashlights that hold lots of batteries. They’re slightly larger than the palm of your hand, but their almost indestructible construction and blinding beam of light make them a formidable self defense weapon in the following ways:

• Identify threats at a distance – There’s a reason why most crime happens after dark. Criminals often use surprise and fear to overpower their victims, and darkness amplifies their ability to lie in wait and startle you before you have a chance to react.

Instead of meekly tiptoeing through the shadows, your tactical flashlight allows you to shine a beam into any corner of the path ahead, and a bright light is often enough to scare away attackers, or at least to alert you to their presence before you’re right on top of them.

• Disorienting attackers – If you’ve ever been in a darkened room and had the light turned on quickly, you know how disorienting it is to suddenly have a bright light shining in your eye. The disorienting effect of a very bright LED tactical flashlight beam can stagger a would-be attacker long enough for you to escape from the area. If you’re trapped, the effect will allow you to attack them first while they’re still semi-blind, giving you a distinct advantage.

• Improvised weapon – Tactical flashlights are not designed as weapons as their first use, but they’re designed to perform heavy work like smashing a car window in an emergency. They’re not huge, but they’re big enough, heavy enough, and sturdy enough to be used effectively as an improvised hand weapon.

The bezel of many tactical flashlights is serrated, and striking an assailant with it can have a devastating effect, especially if they’re already reeling from the bright light in their eyes.

• As an adjunct to firearm use – If you’re carrying a handgun, holding a bright light in your non-dominant hand is an extremely effective way to search out threats and clear any area. There are several popular methods of using a tactical flashlight along with a sidearm, and you can train to use one effectively against an attacker.

The tactical flashlight will ensure that you know exactly who you are pointing a gun at in a low-light situation, which can save your life as well as the life of a potentially innocent third party.

Using a tactical flashlight as a hand weapon is a form of Palm Stick self defense. A palm stick is any small, solid object that can be easily carried and used to amplify the effect of blows from your fist to an assailant in hand to hand fighting. A wrought iron bar that’s easy to grip and protrudes from both ends of your closed fist is a classic palm stick, but such weapons are inconvenient to carry and are often outlawed.

Anyone can carry a tactical flashlight in their pocket, and it makes a terrific palm stick for defending yourself. In one way, it’s far superior to any palm stick because you can find and blind an assailant before striking them with it clutched in your hand.

There are many self defense routines that you can learn to protect yourself using a palm stick attack, and coupled with carrying a tactical flashlight at all times, these methods will make you a formidable opponent for even the most determined attacker.

Any assailant that is momentarily blinded and then struck in sensitive facial areas with the force amplified by a tactical flashlight is unlikely to continue their attack, and you never have to be without the best tool for self defense you can carry, short of a firearm. Get a tactical flashlight and you’ll immediately feel safer — because you will be.