There is a very good chance that if you pull a stranger off the street to ask them what kind of tactical flashlight they use, you’ll be met with the puzzled look of confusion. When most people think of a flashlight, they think of the cheapest one they can pick up at the nearest Wal Mart. The many benefits of using a tactical flashlight over whatever you can find in the bargain bin are lost to the majority.

So what would you actually use a tactical flashlight for that others just wouldn’t cut? Home security is one such use. Imagine being awoken one night to the sound of someone breaking into your window. Tactical flashlights are usually made out of aluminum, sometimes even having steel bezels specifically for self-defense. Others have strobing effects that are meant to disorient any would-be thief or attacker. So, while you might not be completely out of harm’s way, you’ll be better equipped to deal with the situation.

The aluminum bodies are also useful for a multitude of outdoor activities. They are sturdy enough to be used as hammers, drive spikes in the ground, and various other uses. 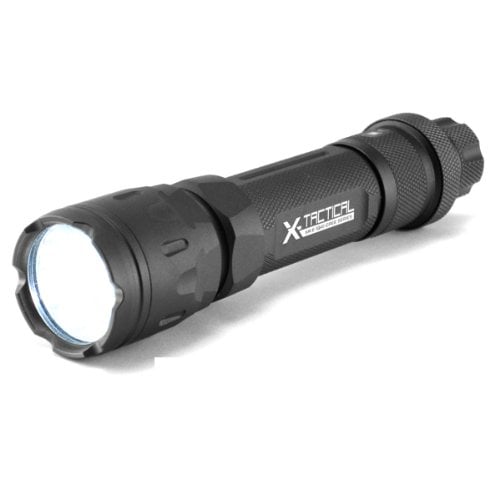 Take a look below at my tactical flashlight review for the CREE 40434.

The CREE flashlight is a compact tactical flashlight, and it’s CREE’s newest entry to the market. It’s using the XR-E Q4 CREE LED technology, which gives it a lumen output of 235. For those of you who might not know, lumens are a unit of measurement to measure the brightness of a flashlight. While some flashlights have higher lumen outputs, the 235 lumens packed into the CREE 40434 allows it to produce a brilliantly bright glow at its highest setting, while still being bearable at lower levels. 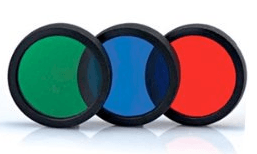 The CREE has an awesome LED dimmer control which allows you to manually set the brightness level from 100% all the way down to 10%. It has other operation modes such as a SOS flashing mode, quick flashing mode, and tactical mode. In addition, it comes with red, blue, and green filter caps.

The flashlight itself isn’t too small, and it’s not too big. It’s about 6.1 inches long and has a diameter of about 2 inches. It’s encased in a rugged aluminum alloy that is durable and incredibly lightweight – weighing in at 7.2 ounces. However, that doesn’t take away any of the stopping power when needed for self defense. The O’rings of the flashlight itself are sealed, and the power switch is located on the bottom of the flashlight. It’s water resistant, but not waterproof, so it’ll get you through a good storm – just don’t take it with you when you go diving. 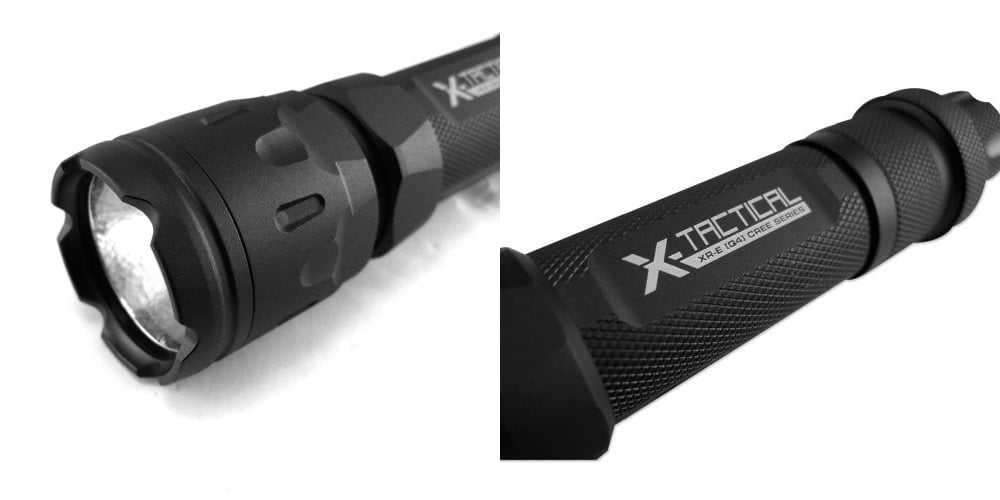 Attached to the case of the flashlight is a heavy-duty belt clip. It will secure to just about anything you need it to, and the clip is also removable so it doesn’t get in the way. The flashlight also has a built-in LED battery level indicator, which is incredibly handy.

Powered by two 3V CR123A Duracell lithium batteries, the CREE has great battery life. Aiding in this aspect is the CREE’s high quality solid state DC-DC regulated circuit. This allows it to maintain the most efficient level of output to maximize battery life. It’s rated at 2 hours of continuous use at 100% power, 5 hours at 50% power, 8 hours during quick flash mode, and 15 hours during the SOS mode.

The CREE 40434 X-Tactical ATE0C2L007 Ultra-Bright LED Flashlight isn’t outstanding in any one department, but it is a jack of all trades. And it’s perfect for someone who feels like they need a little more out of their flashlight than standard illumination. The CREE offers a solid bit of everything in a compact size, at a compact price.